Urgent Care 101: What’s the Difference Between a Viral and Bacterial Infection? 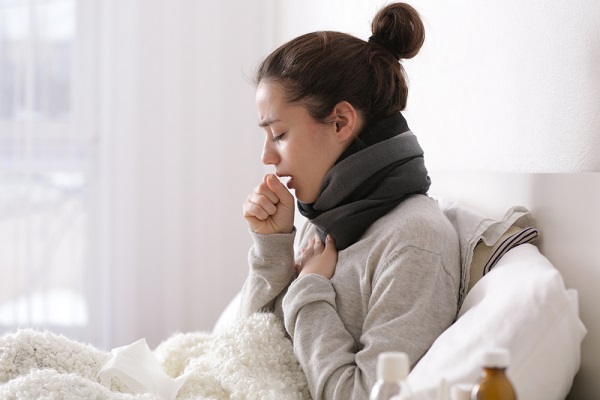 Urgent care facilities often treat patients with common viral and bacterial infections. Because of our wealth of experience with illnesses caused by infection, our urgent care in North Las Vegas gives fast, accurate diagnosis and treatment.

Viral and bacterial infections have been around for as long as life has existed. They can take the form of irritations, like the common cold or a nasty stomach bug. On the other end of the spectrum, pandemics like cholera, the black plague and the Spanish flu have made their marks on our history and even our art.

Which is why it is only fitting that we should learn the basics about infections. We can start by learning the difference between bacterial and viral infections.

The best place to start is by knowing what bacteria are. Bacteria are single-celled organisms that come in different shapes; the same way different plants and animals have different forms.

Some bacteria look like tiny rods, some look like spirals and others look like balls. Much of the bacteria around and in us are either helpful or neutral.

There are also different kinds of bacteria that cause disease. Some bacteria only cause minor illnesses while others can be deadly if left untreated. Once disease-causing bacteria enter the body and make themselves at home, they produce toxic waste products that make a person ill.

Common bacterial infections are streptococcus, which causes strep throat, and E. coli, which can be life-threatening.

As far as micro-organisms go, a virus is a miniscule thing. It is many, many times smaller than a bacterium. Also, unlike bacteria, viruses do not have conventional cell structures, like a cell wall, a power source or a nucleus that contains DNA and/or RNA.

Instead, a virus has a string of genetic material enclosed in a protein-coated sheath. Because they resemble the undead, viruses need living cells to survive. Once they enter the body, they co-opt the cells of the host in order to make copies of themselves.

The viruses eventually kill or damage the hijacked cells, which makes a person sick. Common illnesses caused by viruses are:

Because viruses lack a cell structure, the immune system struggles to pin them down. Antibodies defend the body by binding to a foreign body. When the foreign bodies are bacteria, antibodies can easily bind to their cell walls.

Not so with viruses. They have no cell walls, which makes them like Teflon in a way. This lack of a conventional cell structure makes viruses hard to neutralize.

When the body detects an infection, the immune system kicks into gear and tries to fight back. As a result, a person will experience fever and, most times, swollen lymph nodes.

Depending on the illness, other symptoms will pop up, but even those secondary symptoms will not give a definite identification of the culprit. For example, meningitis, pneumonia and a running stomach can be caused by both bacteria and viruses.

The only way to know for sure is to get thoroughly tested by medical professionals.

Once a doctor knows the cause of the infection, they will treat it. Bacterial infections are treated with antibiotics.

Viral infections are harder to treat, though. In most cases, a doctor will treat the symptoms so that the body does not get overwhelmed with problems like high temperature, blood pressure or dehydration. They will then wait out the virus while helping the body remain in the best condition, given the circumstances.

There has been some progress made with some viral diseases. The result is the creation of a few types of antiviral medication.

Many infections start with a high temperature and some fatigue. It could be a flu, a chest cold or it could be something more serious. Though it is brave of you to try and power through what you think is an annoying bug, it is a much better idea to get the infection checked out.

Come by our urgent center near North Las Vegas for quick service and a fast diagnosis. The treatment you get from us will get you back on your feet in a short time.

Check out what others are saying about our services on Yelp: Read our Yelp reviews.

What Happens When an Adult Gets the Flu? [Primary Care]

Getting the flu is never enjoyable, especially as an adult, but thankfully, primary care physicians are able to manage and treat the flu so patients can get back to their healthy, normal lives.While most people …

A primary care doctor is someone who has received the necessary training that allows them to be the first point of contact when someone needs to see a healthcare professional. They are a health care …

Walk-in clinics across the nation are flooded with cases of the flu every year. A highly contagious virus that causes aches, pains and a high fever, influenza affects anywhere from 5 to 20 percent of …

Diseases appear left and right within the body, sometimes it’s due to genetics and other times it’s due to poor overall health. Thankfully, most people have primary care doctors that they visit on a regular …

What Happens When an Adult Gets the Flu? [Primary Care] »
« 7 Important Primary Care Medical Services